Building Sounds and Vision in the Anthropocene

This collection of films includes writers, directors, philosophers, production designers, and art directors discussing world-building, paradox, puzzle films, dystopic futures, cityscapes, sound design, and soundtracks. Stretching from the birth of cinema to the end of the world, these are the places where the cinema, architecture, and music collide.

Michael Stock is Liberal Arts faculty at SCI-Arc in Los Angeles. He teaches courses in film and is the host and programmer of the SCI-Arc Cinema Series. He has for the past 15 years been DJ of the critically-acclaimed Part Time Punks radio show on KXLU 88.9FM and club night at The Echoplex. Stock is also the author of several comic booksand his first graphic novel, Penny Dora & The Wishing Box, was published by Image Comics the summer of 2015. 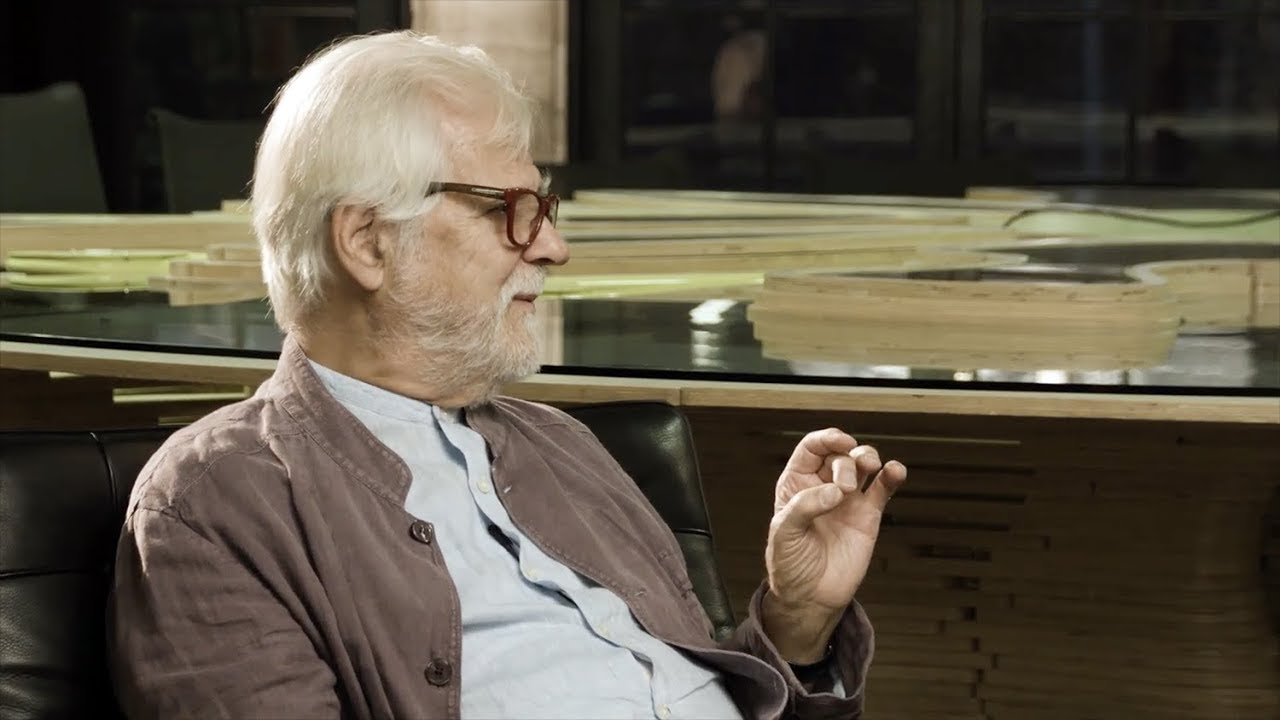 Stanley Kubrick: Behind the Scenes with Jan Harlan and Michael Stock

Take a trip through the cinematic mind of Stanley Kubrick as SCI-Arc Cinema Scholar, Michael Stock, interviews Jan Harlan, Stanley Kubrick’s Executive Producer from 1975 to 1999 (and before that, his assistant from 1969 to 1974). Sit back and relax as they discuss - film soundtracks, music rights, subtle lighting, cinematography, steadicam techniques, “unrealized” projects and everything else under the filmic sun. A behind-the-scenes journey that explores what was and what could’ve been as the result of the Kubrick-Harlan collaboration. 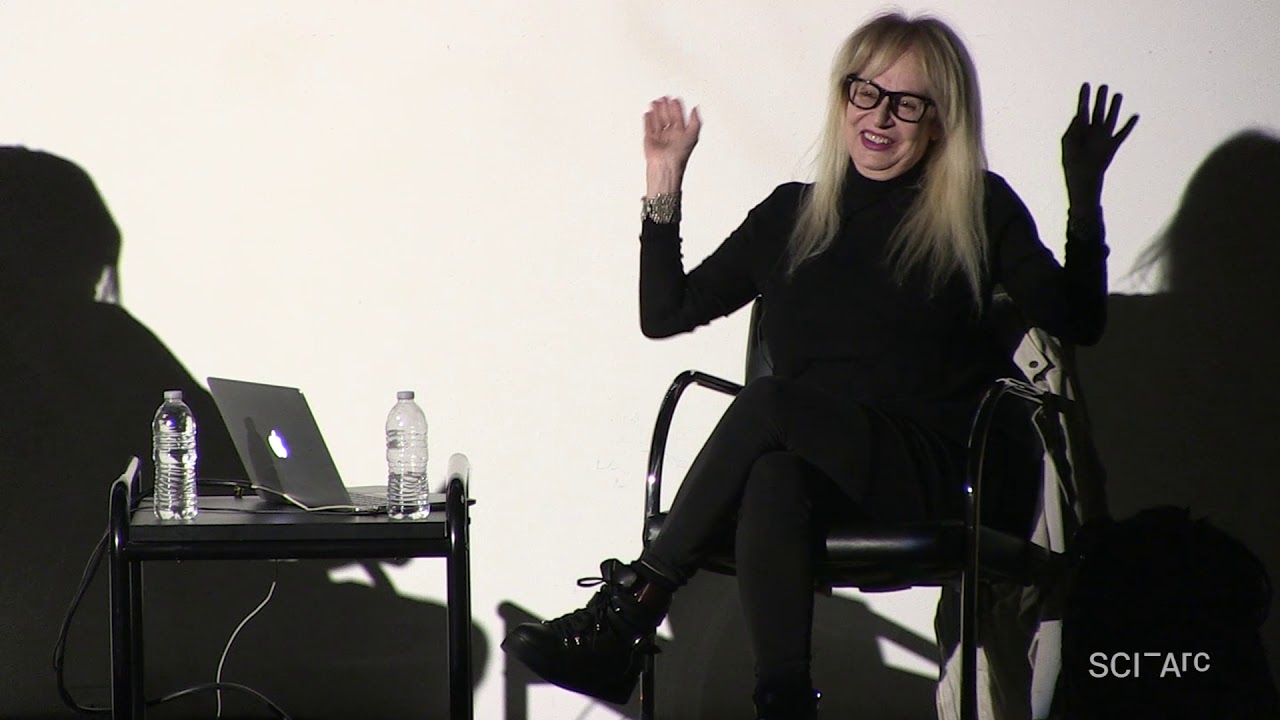 Spheeris describes her discovery of punk, the production of her first “Decline of Western Civilization” movie (1981), and her feature “Suburbia” (1984). 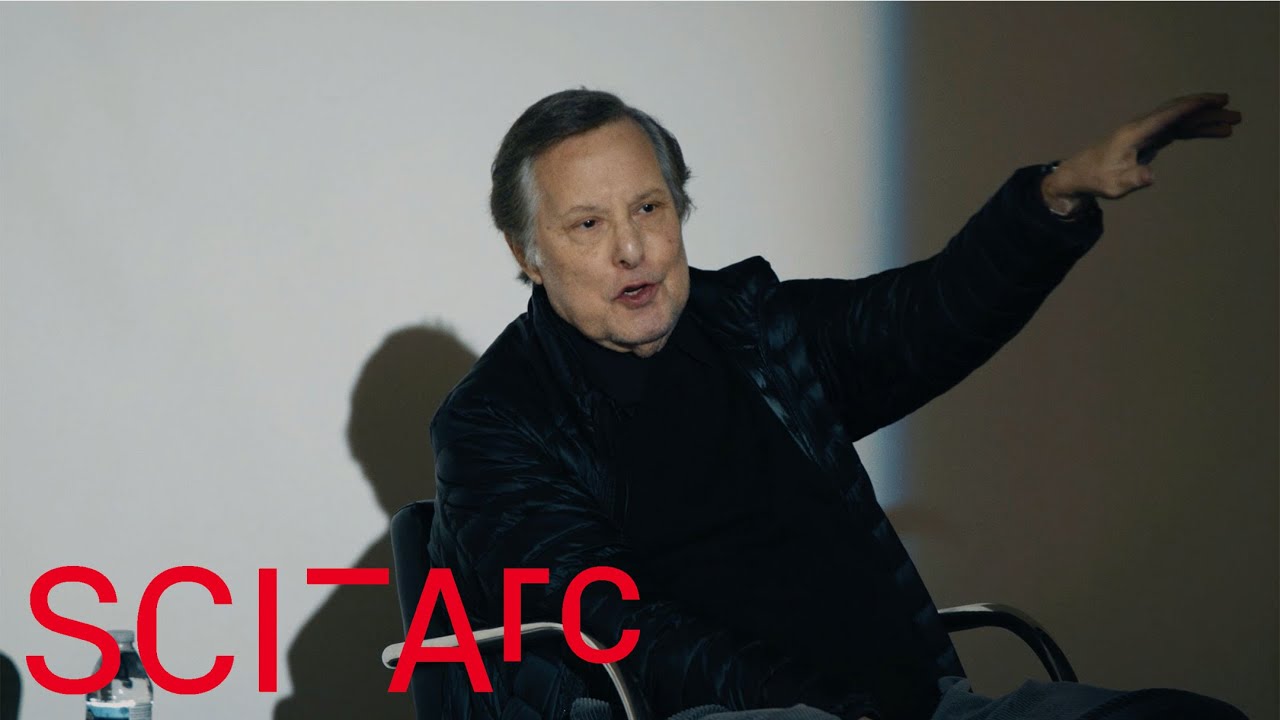 William Friedkin: An Analysis of Film and Beyond

Join William Friedkin [Director, “To Live and Die in LA” and “The French Connection”] in conversation with Michael Stock [SCi-Arc Liberal Arts Faculty] in SCI-Arc’s Cinema Series as they discuss Friedkin’s reflections on the thin line between good and evil that is the subject of “To Live and Die in LA”. Friedkin also recounts the unique version of Los Angeles he portrayed in the film and the story of its soundtrack. Friedkin also speaks about the culture of cinema in the 1970s. 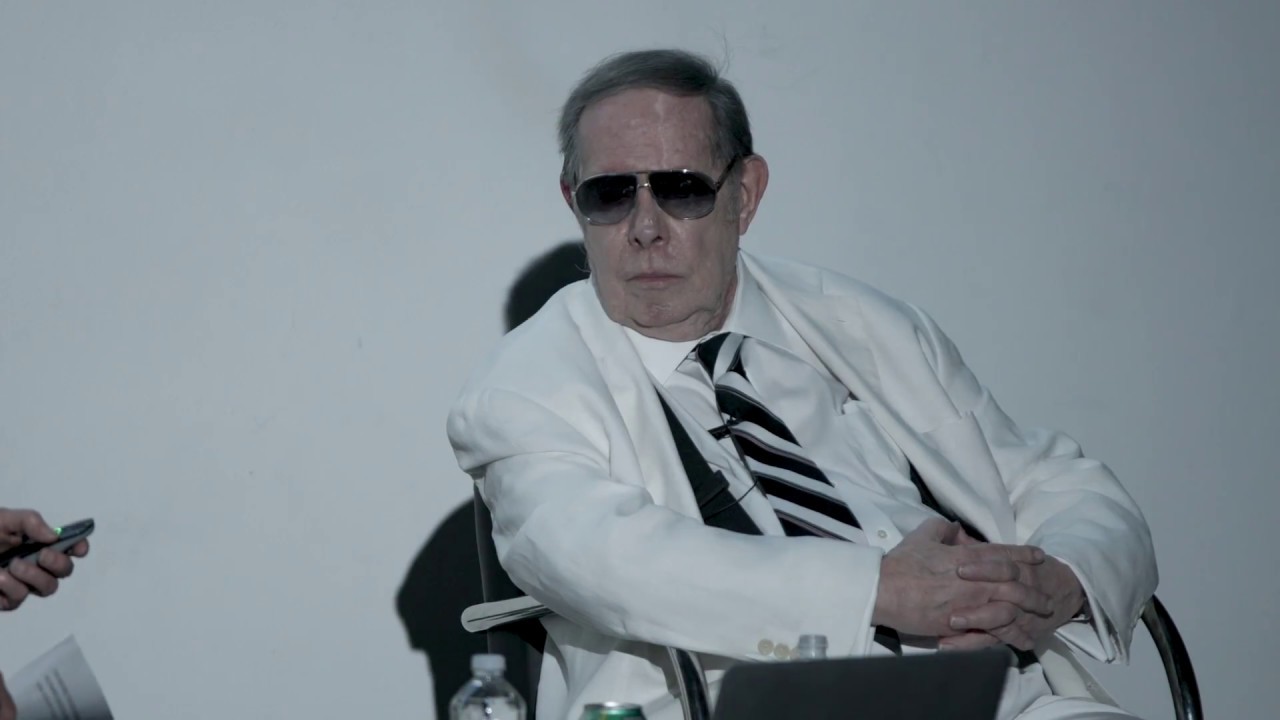 A conversation between Craig Hodgetts and Syd Mead celebrating the publication of the book The Movie Art of Syd Mead: Visual Futurist. 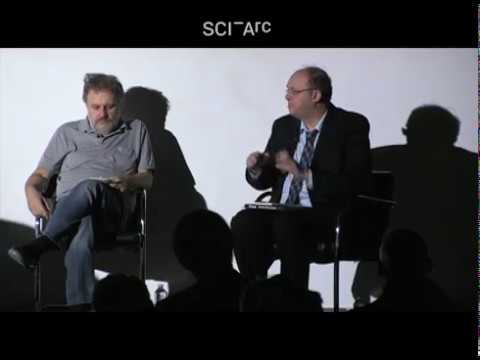 Prompted by moderator Anna Neimark, Graham Harman and Slavoj Žižek describe their positions regarding the general concepts Subject and Object, and Ontology. Harman notes points of agreement with Žižek, as well as differences, stressing his “non-modern” approach to questions of the Subject with Žižek’s “neo-modernism.” 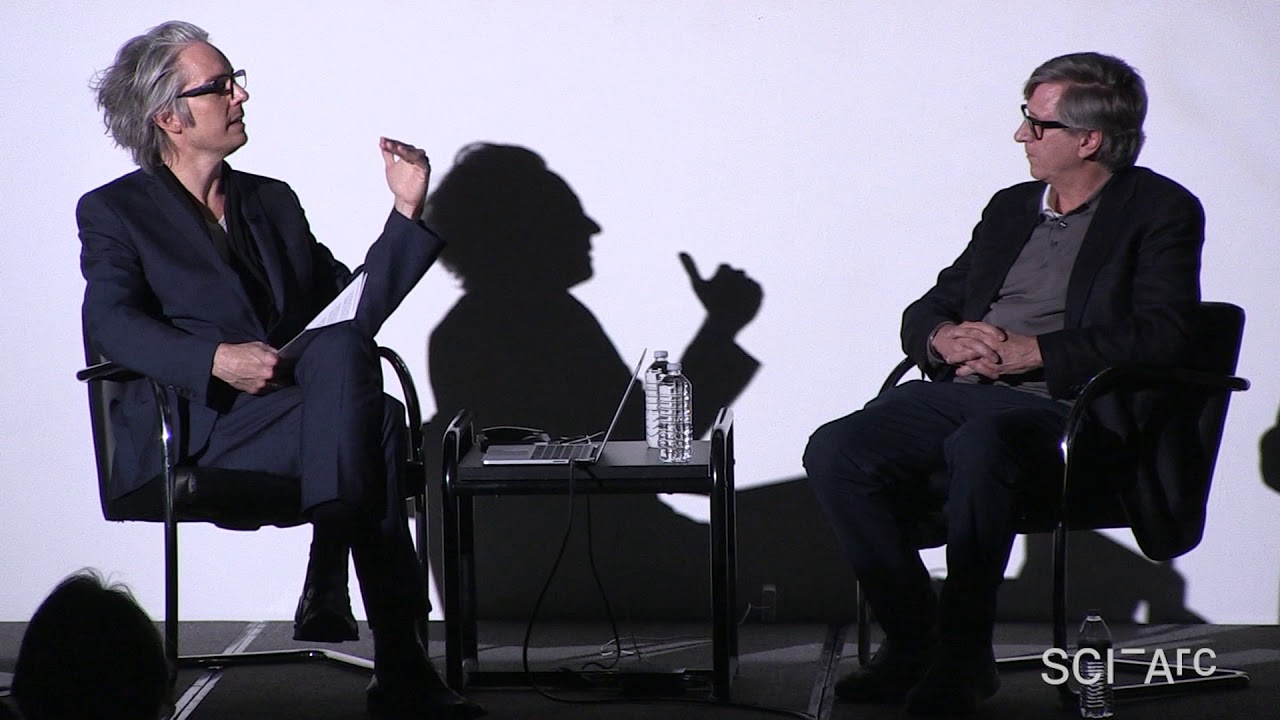 Tom Wiscombe and Rick Carter discuss the transition from the classic Hollywood art direction to present-day production design. Carter stresses collaboration over technology: attending to the central vision, and drawing forth information from others. The iterative process refines the vision, and ensures details relate organically to the story. Carter speaks of setting up moments in a journey, contributing to the “filmscape,”, i.e. not the story or the characters so much as where you go, and how you feel about it. He describes the challenge of working with Renzo Piano and the Academy Museum of Motion Pictures, trying to create a cinematic experiences that’s not a not a ride or theme park. 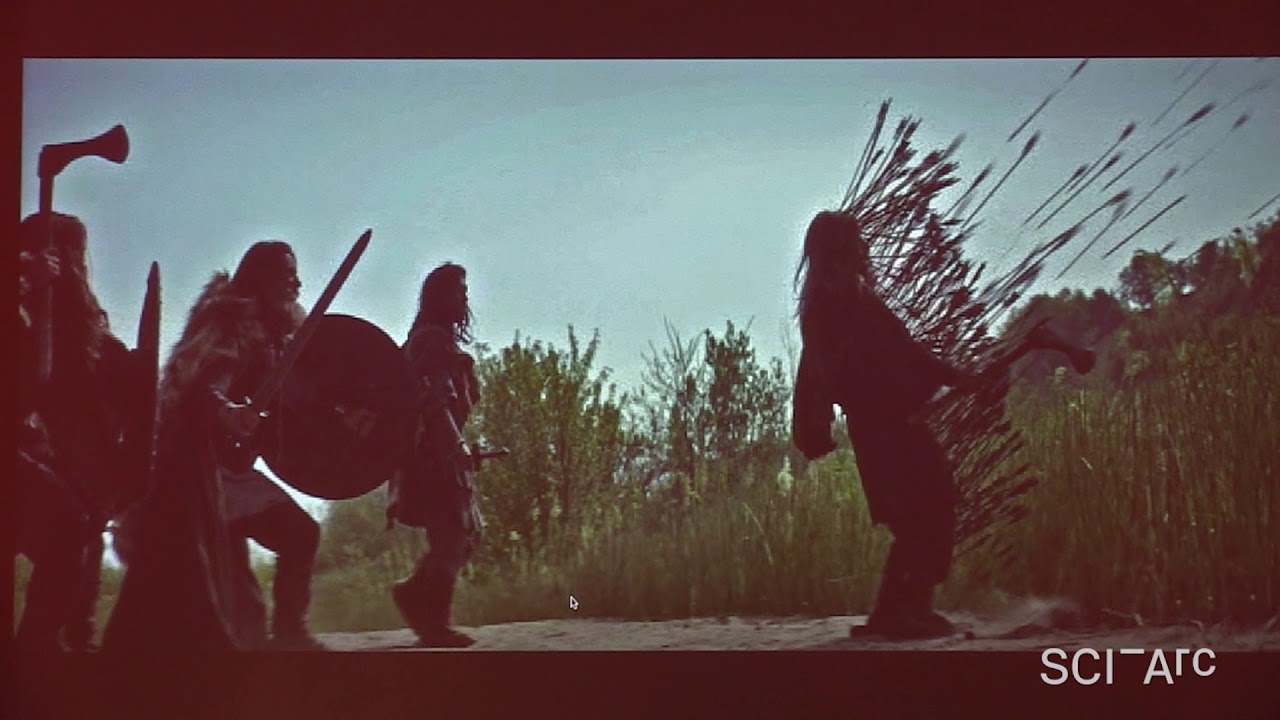 Liam Young proposes that this session of the Fear & Wonder symposium involves making sense of making the natural world through stories. 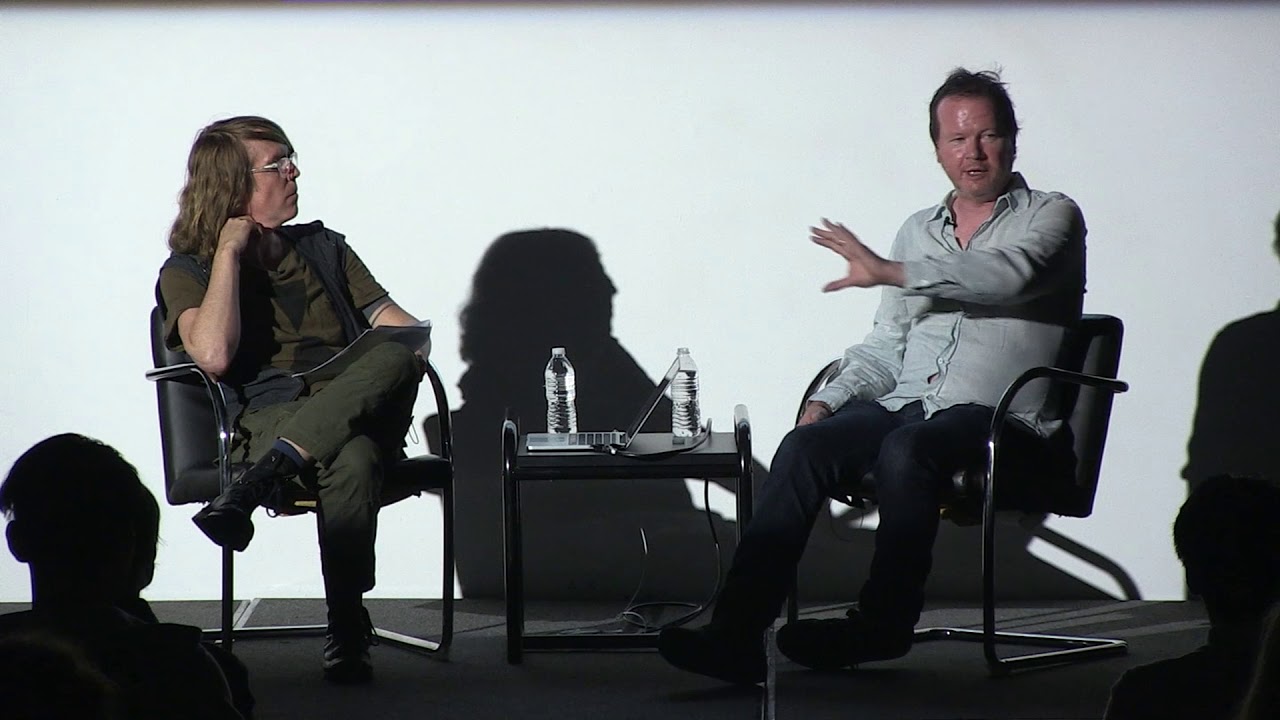 Michael Stock talks with Timothy Morton before a screening of “Living in the future’s past” (Susan Kucera, 2018), a documentary film which Morton appears in and co-wrote. Their wide-ranging conversation touches on Morton’s concept of the hyperobject, his work with Björk, the role of the philosopher, the Goth sensibility, melancholia, Morton’s involvement with the film, reptiles, and cinematic inspirations, such as “Life on Earth” (David Attenborough, 1979) and “Koyaanisqatsi” (Godfrey Reggio, 1982).